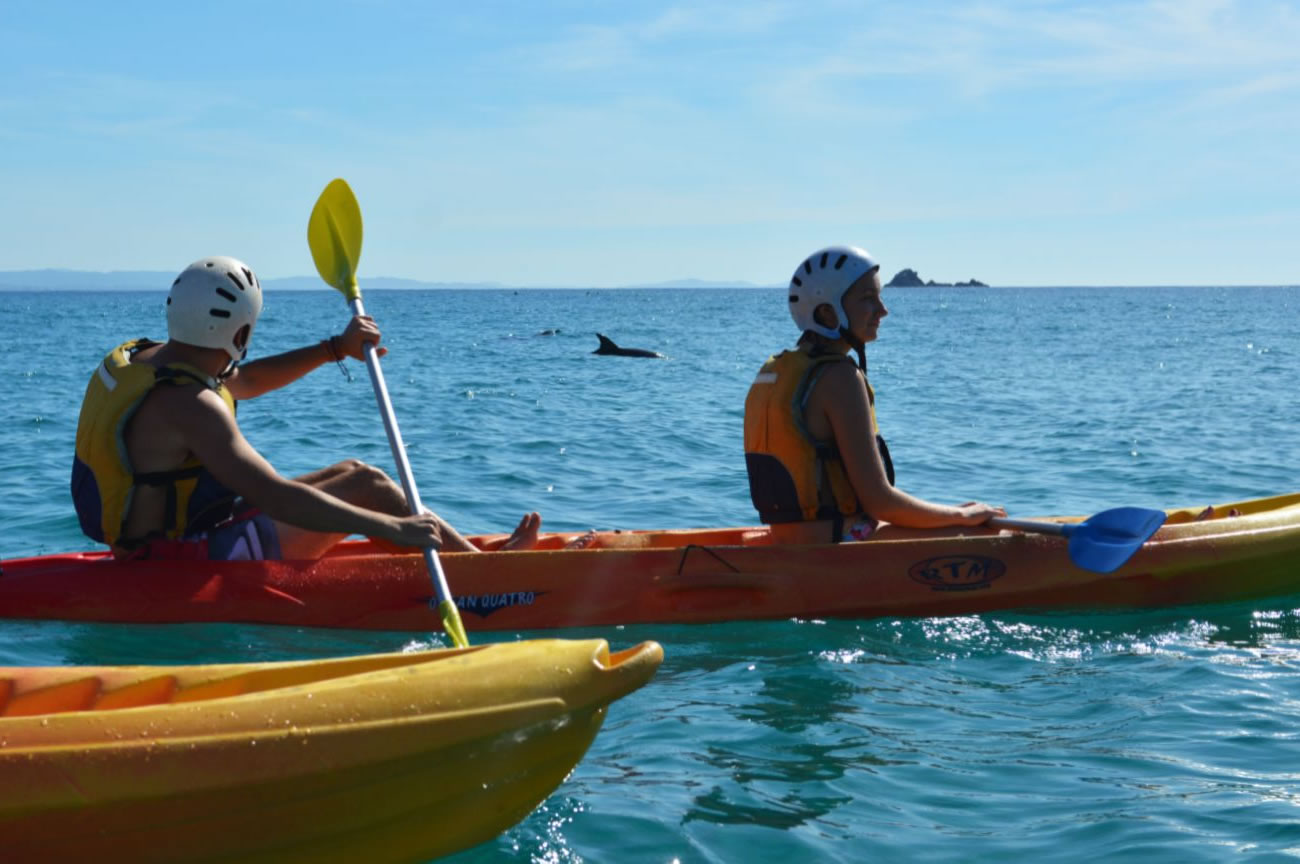 Here at Go Sea Kayak Byron Bay, we get asked quite often do we do kayak tours out to Julian Rocks situated off Byron Bay. Julian Rocks Nature Reserve is located in the Tasman Sea approximately three kilometres north-east of the township of Byron Bay. The reserve consists of a number of jagged rocky outcrops ranging in height to approximately 15 metres above sea level.

Julian Rocks Nature Reserve is one of the most popular dive locations in Australia. Growing up in Byron Bay, seeing Julian Rocks is one of those constants, just earlier this year I was amazed once more by Julian Rocks seeing waves easily engulf the highest point of the Rocks during one of the massive swell periods that came through the Bay.

Our tours don’t head that far offshore for a few reasons:

1) Dolphins are mainly an inshore creature; by staying closer to shore we have a better chance of seeing them. Watego’s Beach is literally the Dolphin’s bedroom so we like to spend our time there to help you spot these beautiful creatures.

2) Julian Rocks is quite a ways offshore and would be a challenging paddle for most people. If you kayaked out to the Rocks and back in a straight line from Main Beach Byron Bay, it would be a seven kilometre trip exposed to much more wind and swell then our normal tours. To keep everyone safe, we cover less distance in more protected waters during our trips.

Having said that, I myself kayak out there for fitness training almost everyday. Julian Rocks to me is a really special place. My father took me on a double racing kayak out there on Anzac Day 1989 for the first time and we actually fell off right near the rock as a swell loomed up and collected both of us.

I love the view back to the coastline from out there and the tranquility or sheer rage of the water surrounding the Rocks on any day always amazes me still.

You can actually kayak between the Rocks on calm days as there is a very small gap just less than one metre wide, however I have come a cropper there once or twice.

The Bundjalung of Byron Bay (Arakwal) people and other Bundjalung people have a long and ongoing cultural association with the coastal landscape around Byron Bay, including Julian Rocks. Research into the Bundjalung lands of south east Queensland date their occupation to at least 22,000 years ago (Neal & Stock 1986).

The reserve is a highly significant dreaming place to Bundjalung people. One of the important stories of this place relates to Nguthungulli – Father of the World and this is the name given to Julian Rocks by the Bundjalung of Byron Bay (Arakwal) people).

Julian Rocks (Nguthungulli) are composed of Brisbane Metamorphics which date from the Carboniferous-Devonian period 345-405 million years ago and are the most resistant rock type in the region.

Feel free to ask me more about Julian Rocks if you bump into me on one of our tours. It is, just one of many fascinating features of the Byron Bay region.

“The Elders have instructed over the generations that Julian Rocks must be protected from any misuse or it will cause disruption and destruction to the environment.”
Yvonne Stewart, Bundjalung of Byron Bay (Arakwal) Member