Autumn is a transitional time of year at Go Sea Kayak. Town slows down and again starts to gather more of a local feel and our Summertime marine species, the beautiful Leopard sharks and Manta Rays begin to migrate home to the warmer tropical waters of the North as the temperatures in the Bay area slowly start to cool back down the early 20’s (degrees Celsius that is).

These transitional periods are are great time to be on or in the ocean as Byron Bay is convergence zone for both tropical and temperature marine species. This means that for example during one kayak, dive, or snorkel tour you could be lucky enough to encounter Green sea turtles or Manta rays or Leopard sharks or all of the above. Kayaking with us or diving with Byron Bay Dive Centre are great ways to get up close and personal with this marine life if it tickles your fancy.

During this time of year our guides are tingling with excitement as they anticipate the arrival of the first of the spectacular gentle giants, the Humpback Whales as they begin their annual 10,000 kilometre migration North from the their krill and plankton-rich feeding grounds in the Antarctic (usually around late May) to their breeding and birthing grounds in the warm, sub-tropical waters of Queensland. (I’m getting goosebumps just writing about them). I’ve spent many late- Autumn days sat up high on headlands and look-outs patiently watching the ocean, waiting to catch a glimpse of the first big ‘puff’ of the season. (The below photo taken by Joe Pritchard shows this moment  in 2019). 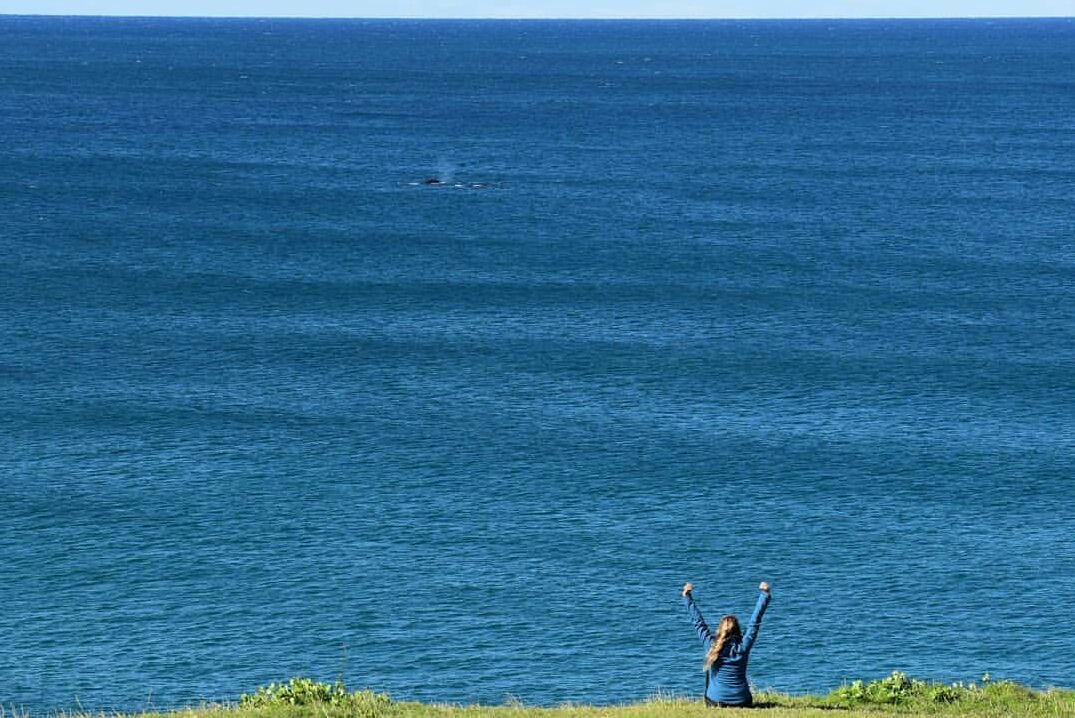 As Cape Byron is the most easterly point of the Australian mainland, the Humpbacks, who generally take the most direct route to the feeding grounds during the North-bound journey of their migration can still be spotted relatively close to land as our headland pokes just that little bit further out into the ‘Humpback Highway’  than does the rest of the Australian Eastern coastline.  This means that when the Pacific is calm, our tours have the opportunity to have close encounters with these majestic giants even during the months of the northern migration when they often will not travel as close to land as they tend to on their journey South again. 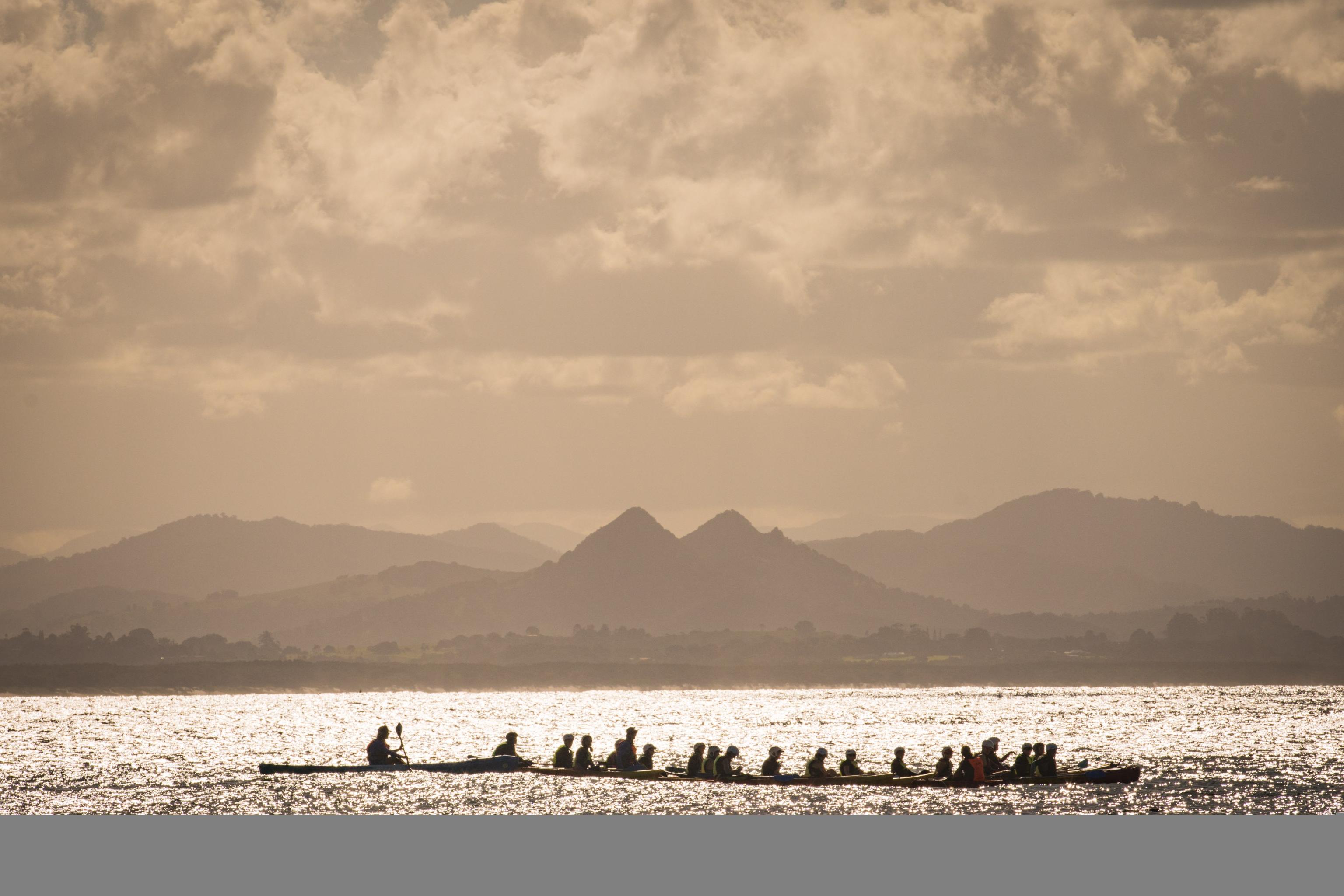 Autumn is a beautiful time to be in Byron Bay. The humidity drops so the days and nights are cooler and more comfortable. The land is lush and green as a result of the almost daily dumping of rain during evening thunderstorms fuelled by the atmospheric pressure of the hot summer days. This also means that just inland, the waterfalls that make this Northern Rivers Region so famous are pumping and the surrounding rainforests are teeming with birds, wildlife and fresh new growth. Tours such as ‘ Vison walks eco tours’ and ‘Byron Bay Adventure Tours’ will give you opportunities to visit giant Strangler Figs (Ficus watkinsiana), beautiful Yellow Carabeens (Sloanea woollsii), enormous Red Cedars (Toona ciliata), and Ancient Antarctic Beech trees (Nothofagus moorei)- relics of Gondwana in the remaining sections of the ‘Big Scrub’ rainforest – once the largest area of lowland sub-tropical rainforest in Australia. I took the below picture of a Stranger Fig beginning it’s take-over in the beautiful Nightcap National Park just inland from Byron Bay. 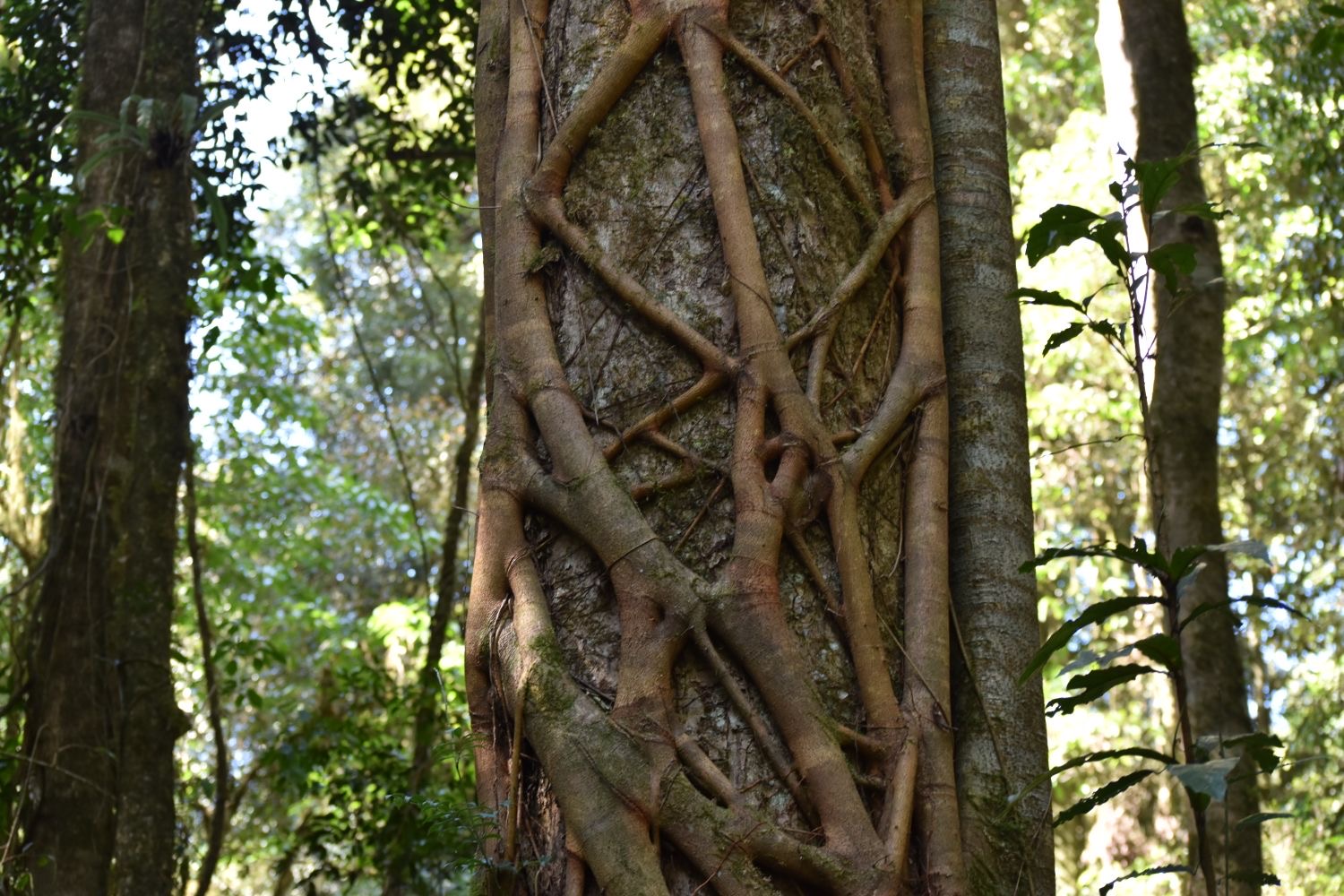 Preceding the arrival of the first Humpback Whales of the year are the first Australasian Gannet sightings of the year. Generally arriving around four weeks prior to the first whale sighting of the season around the end of April/ beginning of May.

What are Gannets? Gannets are very large migratory sea birds closely related to the famous Blue Footed Booby and their feeding display is a spectacle to watch, especially from a kayak! Picture fireworks backwards. Gannets can dive from a height of 30 metres! They can hit the surface of the water at speeds of up to 100km per hour enabling them to catch fish at depths much deeper than most birds.

Check out https://www.youtube.com/watch?v=1Cp1n_vPvYYFor some amazing BBC diving Gannet footage and to listen to David Attenborough’s beautiful voice. We love Gannets!